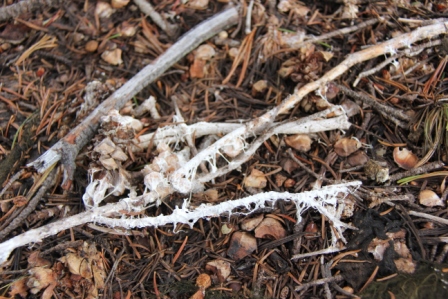 Most soil organisms are heterotrophic, meaning that they obtain carbon and energy through the oxidation of organic compounds. The decomposition of organic matter produced by plants, animals, and soil organisms is a key process affecting a number of important ecosystem processes, such as nutrient cycling and carbon sequestration. Soil organic matter holds three times more carbon than either the atmosphere or living vegetation (Schmidt et al. 2011). Decomposition of organic matter is key regulating factor of nitrogen, sulfur, and phosphorus cycling, given their presence in a number of important organic compounds (e.g., nucleic acids). Nitrogen and phosphorus are the most common nutrients that limit productivity in forest ecosystems. 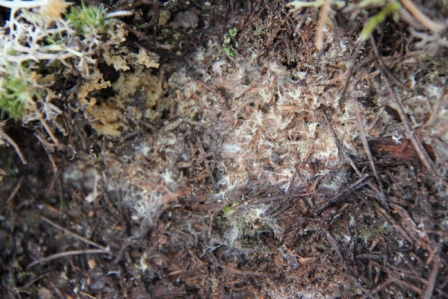 The release of nutrients from organic matter is known as mineralization, while nutrients may be immobilized into decomposers, recalcitrant humic compounds, or organomineral complexes (Perry 1994). Fresh litter is decomposed into relatively stable soil organic matter, some of which can persist for millennia.   A number of factors affect the rate of decomposition of organic matter: climate, substrate quality, and soil type. As a general rule, simpler compounds decompose more quickly than more complex compounds and decomposition is slower in climatic extremes. However, chemical composition and environmental conditions alone cannot explain observed decomposition rates and other factors such as changes in microbial community composition, have also been found to be important in determining decomposition rates (Schmidt et al. 2011). 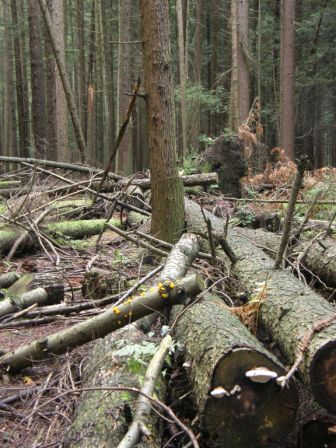 In forest ecosystems, chemical breakdown of recalcitrant organic matter into simpler compounds is mediated largely by enzymes. Slyvia et al. (2004) defined an enzyme as: “protein within or derived from a living organism that functions as a catalyst to promote specific reactions or groups of reactions.” Fungi release extracellular enzymes which decompose forms of plant litter (such as coarse woody debris) that contain high amounts of cellulose and lignin. These enzymes are also involved into decomposing soil organic matter.  Extracellular enzymes are classified by the mechanisms by which they break apart organic matter. Oxidative enzymes are often employed to decompose complex substrates such as lignin, while hydrolytic enzymes are used to breakdown simpler compounds, such as carbohydrates.

Various soil biological properties have been used to illustrate impacts of management practices. These include microbial biomass, carbon dioxide evolution from the soil, and enzymes.